INTO THE KITCHEN: ELEVEN MADISON PARK

The first time I met Will Guidara from Eleven Madison Park was on assignment. I was shooting a profile for Wine Spectator Magazine. 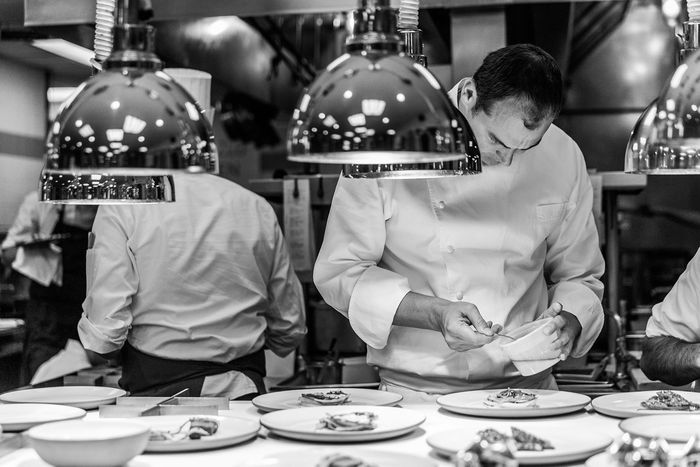 He welcomed me into his midtown loft where striking artwork and photographs adorned the walls. Then, when I saw the nearly empty fridge with left-over Chinese food, I knew I was going to like this person. When you run EMP, there isn’t much time for home cooking. As the shoot began, there was a comfortable cadence that set in and jokes were exchanged.

A month or so went by and I reached out to him about an idea that I couldn’t get out of my head. I asked to shoot EMP’s kitchen, without any restrictions. Nothing curated – I wanted total access! I was looking for authentic moments and the freedom to capture it as honestly as I saw it. This required him to trust a photographer he had met only once. After a discussion with Daniel Humm, they agreed. They had never given anyone this kind of peek behind the scenes before.

At this point in my career, I had shot renowned celebrity chefs and dozens of kitchens. I'm very at home in this type of environment. I was here before shooting the cover of Food Arts Magazine. But this time around, as soon as I stepped foot into the kitchen, I knew I was in a very special place. The kitchen was a well-oiled machine. The transition from the kitchen to the front of the house was seamless. That itself is a work of art. It’s rare to be in a kitchen that maintains such an unprecedented level of discipline, respect, talent, and excellence. As they skillfully refine the Japanese omoiyari of hospitality, it became evident to me that Will's life is abound by art and craftsmanship. There is a reason why EMP has earned those Michelin stars. One night while shooting, early in service, Chef Chris Flint called out, “Tasting menu for two!” The kitchen energetically responded, “Oui!” Then they continued with their steady, smooth, efficient art of repetition. 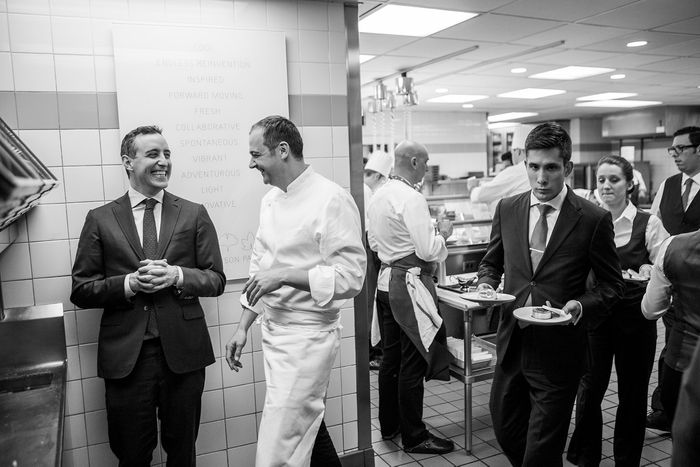 This same phenomenon occurs every night at EMP. I remember when Daniel arrived, later that evening. The tickets came in more rapidly and the energy naturally elevated. You could almost sense the moment when the crew tightened in. They found more focus and more excellence. The call came again, “Tasting menu for two!” And with a forceful enjoyment, the kitchen crew responded, “Oui!” Then they elevated into their familiar rhythm for the night's service. 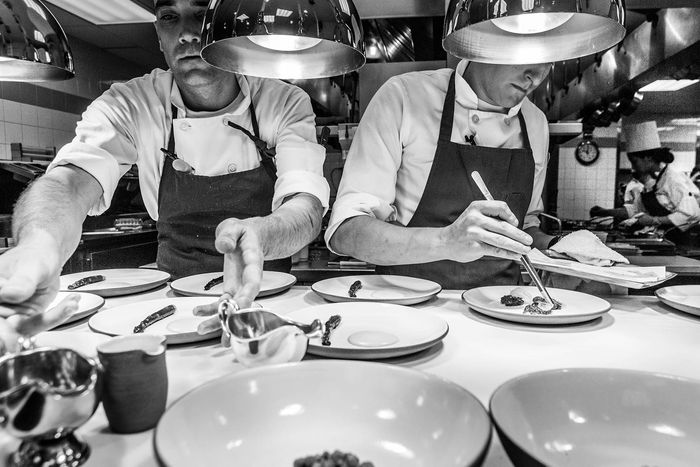