Frustrated by the light and distance from the photographs to be had, I try to find a halfway decent angle before night fall. 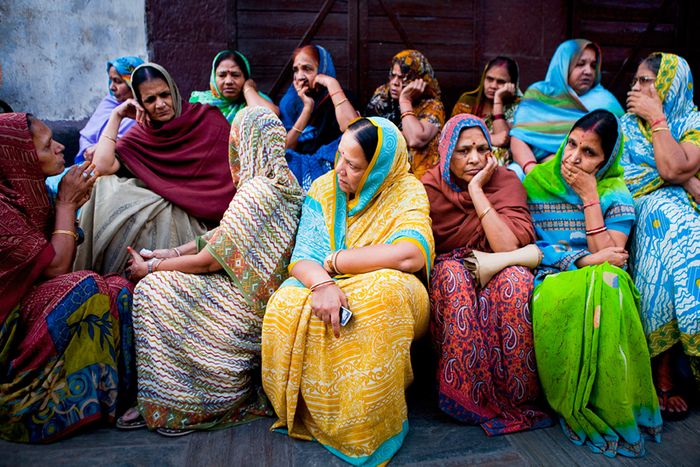 After waiting for the right light, my guide (for a second time now) asks to leave so we can meet Rick and Luxman for dinner. I say “No, we’re going to stay and it’s going to be well past dusk before we have dinner.” Then I offer him some of my snacks. He’s not thrilled about this but accepts his ration.

As we approach the area of the burning dead, my porter stops, his face becomes more serious before he turns and says, “I’ll not go any closer.” He tells me it is fine for me to go on but not to touch the dead. I thought to myself, “No shit?!”

When the wind shifted, my lungs became filled with the musty smoke mixture of the burning of wood, dry straw and roasting bodies. Odd to think I just inhaled a person. With a scarf over my face, I moved slower less frustrated and more focused, I began to shoot. To my surprise, I was invited to move in closer by a family member mourning the passing of his loved one. By the look of the corpse and his stature in his family, I could only guess that he was the eldest son of the dead woman in front of me.

Though the temple complex held the chaos of Kathmandu at bay, it was as if nothing could hold off the filth which this city contributes. This river and its banks cluttered with garbage testify to the pollution which is endured here. Nonetheless, unbothered by this city’s filthy, frenetic energy or burial rituals, the youth of this community seemed to strike through its ashes. While soaking in the experience, I turned to find local boys jumping joyfully from the bridge into the river, only meters from these burning bodies.

Night had arrived and with it was my amazement to a funeral ritual being booked as a tourist attraction. Tourist attraction or not the reality for most people is that life here is very hard. However, then, there is the distinctly beautiful Sari which stands in a defiant juxtaposition against the weight of life & death here in Nepal.